The Pearl Sister (The Seven Sisters 4) by Lucinda Riley

The Pearl Sister (The Seven Sisters 4) by Lucinda Riley

CeCe D’Aplièse has always felt like an outcast. But following the death of her father-the reclusive billionaire affectionately called Pa Salt by the six daughters he adopted from around the globe-she finds herself more alone than ever. With nothing left to lose, CeCe gathers the courage to explore the mystery of her origins. The only clues she holds are a black and white photograph and the name of a female pioneer who once lived in Australia.

One hundred years earlier, Kitty McBride, a Scottish clergyman’s daughter, abandons her conservative upbringing to serve as the companion to a wealthy woman traveling from Edinburgh to Adelaide. Her ticket to a new land brings the adventure she has dreamed of… and a love that she never imagined.

When CeCe herself finally reaches the searing heat and dusty plains of the Red Centre of Australia, something deep within her responds to the energy of the area and the ancient culture of the Aboriginal people. As she comes closer to finding the truth of her ancestry, CeCe begins to believe that this untamed, vast continent could offer her something she never thought possible: a sense of belonging, and a home…

This is my first Riley book and even though this is the fourth in a series, it works well as a standalone.

The book has two timelines: the present day with Cece and the past with Kitty. I really liked Cece and loved seeing how she grew and found herself while learning about her past. I wasn’t huge fan of the Thailand chapters, but it was great to learn more about aboriginals in Australia.
Kitty leaves Scotland in 1906 and moves to Australia which is a whole new world. Her life there is full of twist, and sorrow but fascinating none the less.

This was my first Riley book, but it certainly won’t be the last. I need to go back and read the previous books soon. 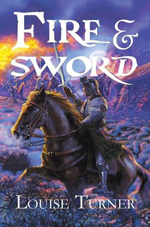 On the 11th June in 1488, two armies meet in battle at Sauchieburn, near Stirling. One fights for King James the Third of Scotland, the other is loyal to his eldest son, Prince James, Duke of Rothesay.

Soon, James the Third is dead, murdered as he flees the field. His army is routed. Among the dead is Sir Thomas Sempill of Ellestoun, Sheriff of Renfrew, whose son and heir, John, escapes with his life.

Once John’s career as knight and courtier seemed assured. But with the death of his king, his situation is fragile. He’s the only surviving son of the Sempill line and he’s unmarried. If he hopes to survive, John must try and win favour with the new king.

And deal with the ruthless and powerful Lord Montgomerie…

Young John Sempill is pulled into a war by his father. But when his father is slain in battle, John’s troubles are just beginning trying to secure his inheritance. John finds a wife but soon learns that it can be difficult being married to someone who’s family was on the other side during the war.

I was looking forward reading this book because I haven’t read many books set in Scotland and not in this era. This was not fast-paced book but it was still very interesting through the book.

John is very likeable character. As a boy he didn’t live up to his harsh father’s expectations but he grew up to be a strong, dependable leader who looked after his people. When we first meet John’s wife Margaret I don’t think we’re supposed to even like her. She’s like a whiny brat with even more idiotic friends. She’s decided to hate John long before she even mets him, so it’s no wonder they have rocky start. At least Margaret grew somewhat during the book…

There was also some very interesting minor characters like Hugh, Lord Montgomerie and his wife Helen. Hugh was someone who did things his way, he could be both good and bad which made him very interesting getting to know.

This was great debut novel and I’m looking forward reading author’s next books.

You can check the tour schedule here.

Born in Glasgow, Louise Turner spent her early years in the west of Scotland where she attended the University of Glasgow. After graduating with an MA in Archaeology, she went on to complete a PhD on the Bronze Age metalwork hoards of Essex and Kent. She has since enjoyed a varied career in archaeology and cultural resource management. Writing has always been a major aspect of her life and in 1988, she won the Glasgow Herald/Albacon New Writing in SF competition with her short story Busman’s Holiday. Louise lives with her husband in west Renfrewshire. 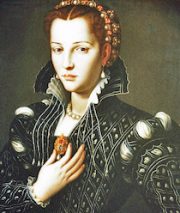